Hotel Kühl in Neumünster has been a family business for eight generations. Today Hans-Walter Kühl runs the property with his daughters Sandra and Kathrin. Together they combine tradition and modernity to carry their version of Hotel Kühl into the future. They focus all their attention on the well-being of the guests, who are pampered daily with comfort and warmth.

There are many reasons to stay at Hotel Kühl:

In 1770, Max Kühl leased the noble Hufe with attached farm. Seven years later he was able to convert the estate into a property for his son Hinrich, now with the right to build a so-called “Krug” (“inn”). The next generations experienced the ups and downs of a very changeable history. After the Second World War, the economic recovery brought with it the progressive motorisation of travel. Without further ado and with sound instincts, Hans-Walter Kühl and his father extended the inn to the hotel, which he has managed since 1969 to this day. In addition to his wife, his daughters have been actively supporting him for many years and bring their sense of hospitality to the next generation. 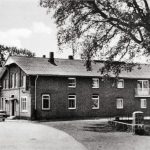 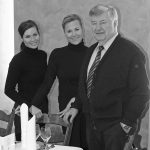 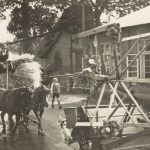